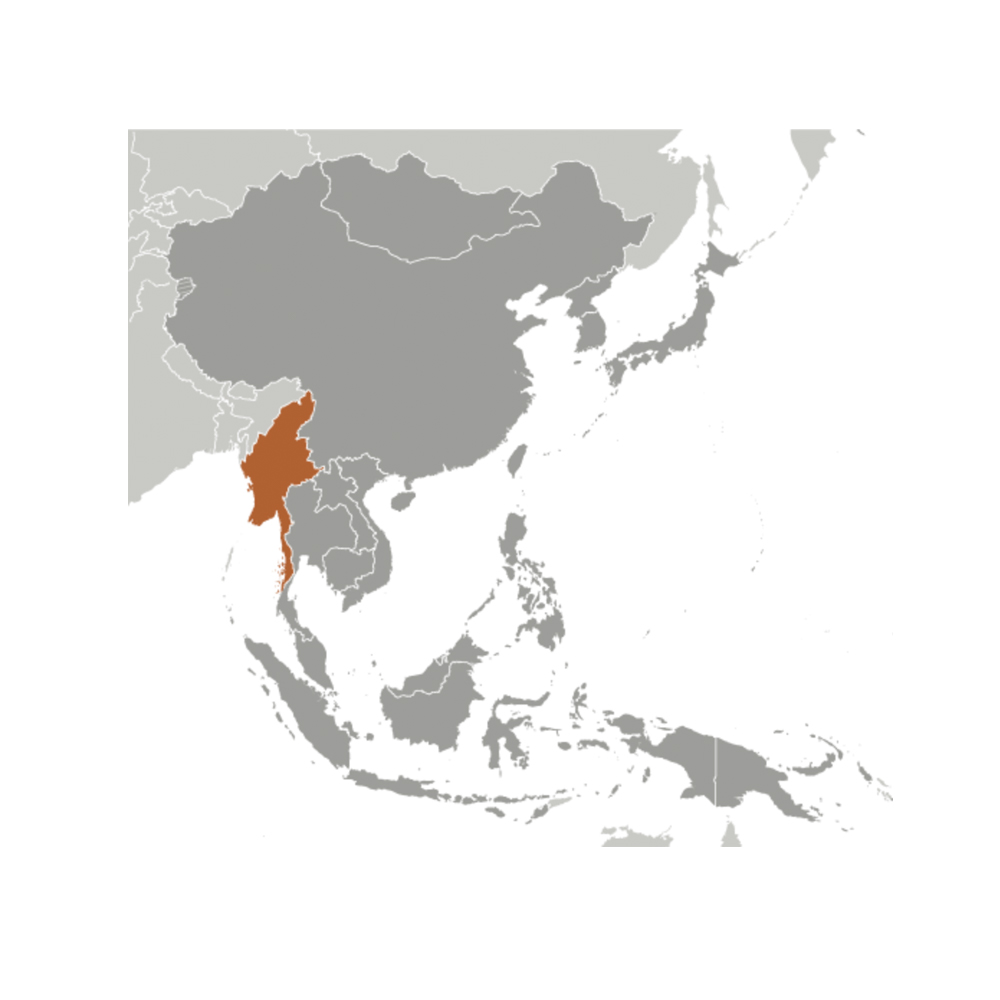 Myanmar is a relatively new origin to the specialty coffee community and is a brand-new origin for us. Robusta was first produced in the areas surrounding modern-day Myeik and Dawe in 1885, and Arabica made its way to the country by means of Roman Catholic missionaries in 1930. Arabica production was (and still is) centered around the Southern and Northern Shan States, and in Pyin Oo Lwin. The government of Myanmar has historically been pro-coffee production and jump-started production as a means to curb opium poppy planting in the 1980s. In the early 2000s, the government launched a new program that offered land, financing, and technical support to prospective coffee producers, and coffee production increased as a result.

Producers deliver their coffee cherries to a central collection depot daily, where their lots are inspected, graded, and sorted before purchasing. After lots are sorted, they’re sent further along to the Pyin Oo Lwin Co-Op for processing and preparation for export. This central wet milling allows for a much more consistent final product.