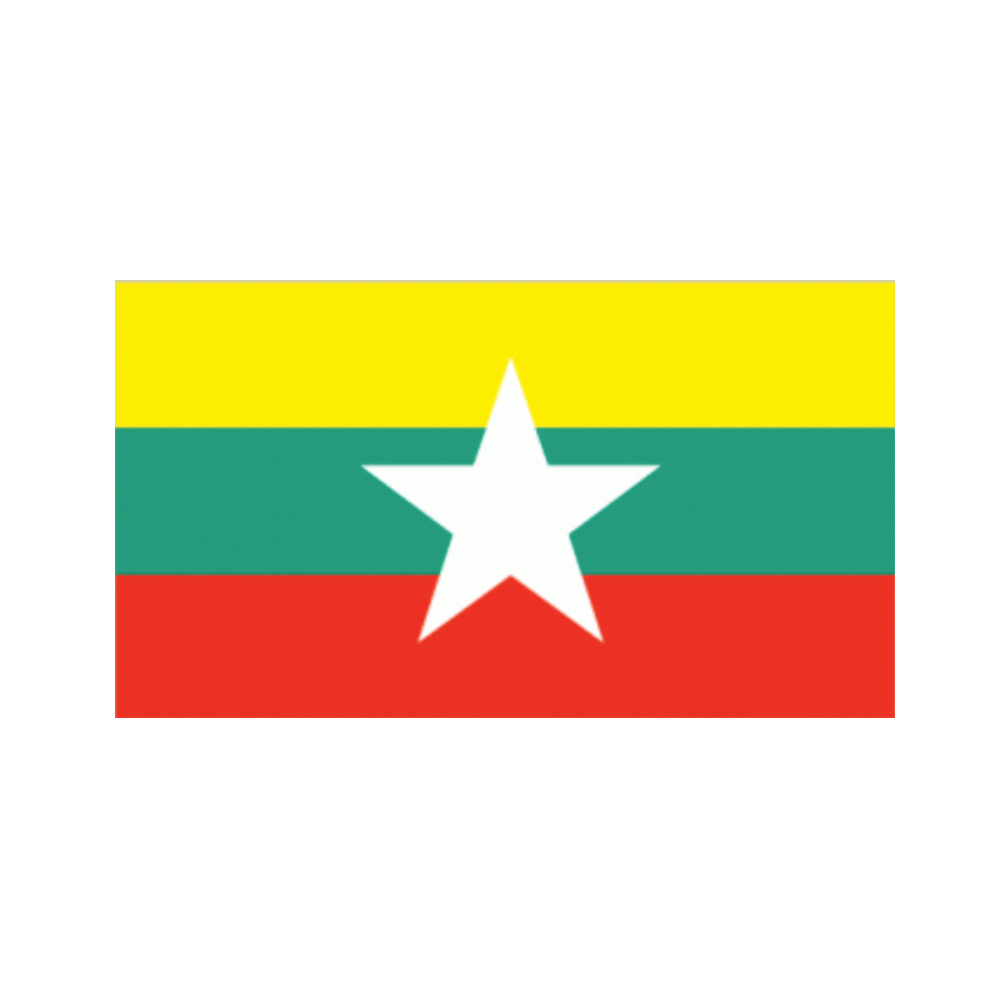 Flag Description: The design consists of three equal horizontal stripes of yellow (top), green, and red; centered on the green band is a large white five-pointed star that partially overlaps onto the adjacent colored stripes; the design revives the triband colors used by Burma from 1943-45, during the Japanese occupation.