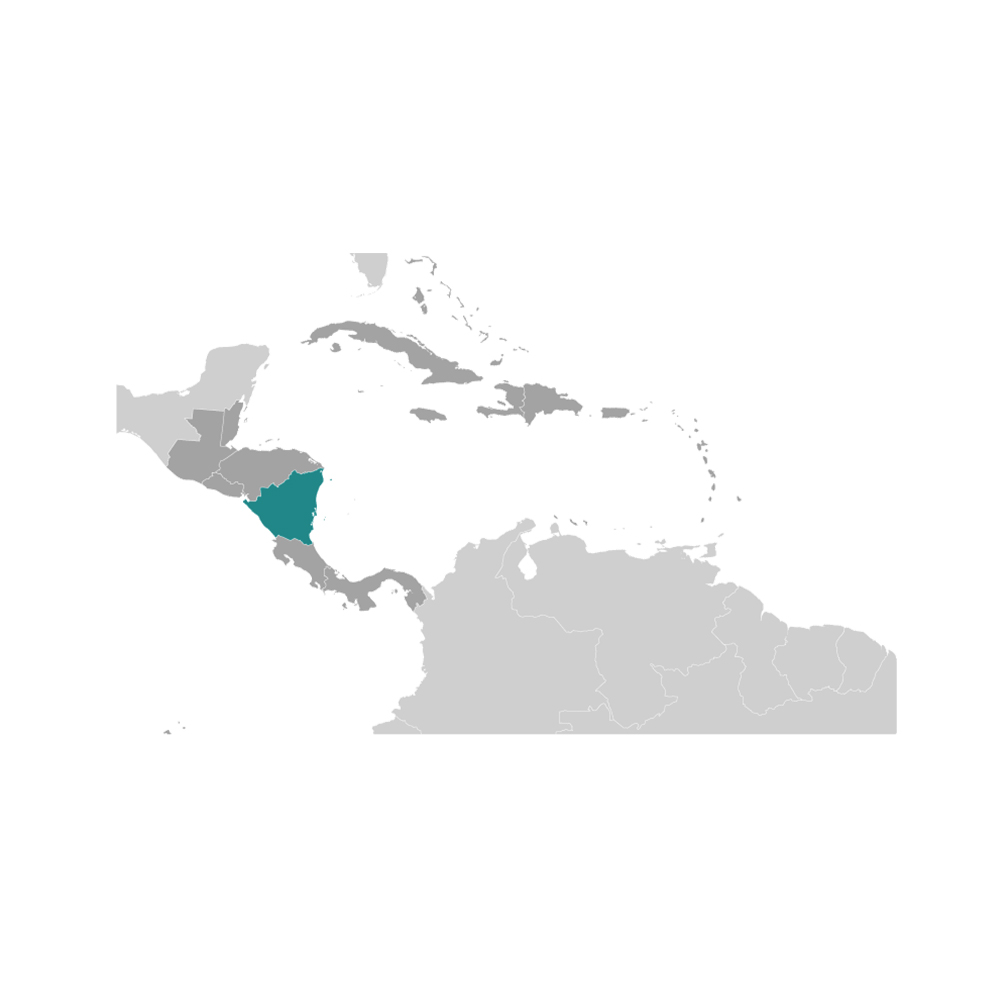 Many Central American coffees are grown in select mountainous regions of altitudes between 4,000 and 6,000 feet above sea level. Depending on the area, typically Latin American coffee-growing regions describe their finest Arabica coffees as being either Strictly High Grown (SHG) or Strictly Hard Bean (SHB). The low temperatures and high altitudes aid in producing a slow maturing fruit as well as a harder, denser bean. A Strictly Soft Bean (SSB) is grown at lower elevations of 4,000 feet or less and will mature at the same rate, but have a much less dense body. Once the coffee is harvested, the raw beans are all hand sorted by what is called the European Preparation (EP), to remove any defective beans and foreign material.

Dipilto in Nicaragua is located in the mountainous Nueva Segovia Department where the country shares its northern border with Honduras. The municipality covers an area of only 106 square kilometers and the majority of the 5,000 people who live there work on coffee farms. The best of these farms combine their cherries into the Prodecoop coffee mill in Estel in order to have enough for export. This has given the coffee a distinct and delicious flavor that helps to distinguish it from other Nicaraguan coffees. What’s more, it’s grown under a variety of shade trees and is hand-washed at the mill and sun dried.

Since coffee came to Nicaragua in the 18th century, it has boosted the national economic and environmental development process. Coffee is the nation’s main item of trade, and has annually contributed 140 million dollars to the economy. Thousands of farm families harvest the longed for “golden bean” providing an estimate of 280,000 permanent jobs in the late 19th century. About 95% of the coffee is shade grown, allowing the small farm farmers to save water, prevent soil erosion and to provide an excellent coffee. Some farmers even intercrop fruits such as bananas, oranges, mangoes, and trees for firewood and construction within their coffee parcels, for extra sale and use.

The Prodecoop
Growers and producers of Prodecoop are located in different communities and coffee growing areas of the departments of Esteli, Madriz and Nueva Segovia, North of Nicaragua. It produces more than 4 million pounds of golden coffee, about half of it being certified as organic. Prodecoop’s coffee is produced at an average altitude of 1,250 meters, and is harvested by hand between December and March. The beans are wet-processed and placed on large, sun soaked patios to dry. After this process, the beans rest for a minimum of four weeks before they are shipped out.