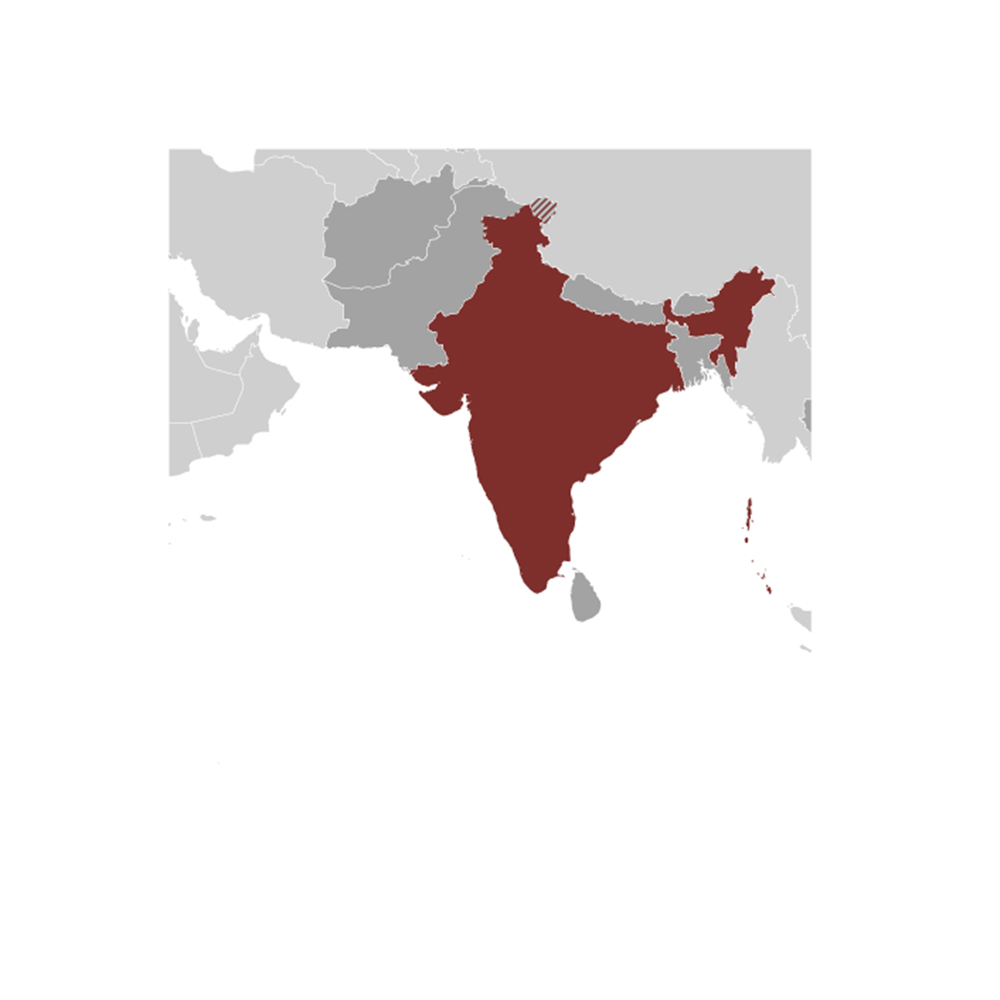 Grade indicators, which vary by country, are used to describe the largest beans: AA India, Kenya, Tanzania, and Papua New Guinea or AAA in Peru. Beans with a screen size of 17 or 18 (17-18/64 of an inch) are assigned the AA which denotes the size, shape and density of the bean. It is a well-known fact that the largest A bean is going to produce more of the treasured oils that give your coffee the fabulous aroma and intense flavor.

India’s AA grade is based on the fewest visual imperfections and largest bean size. In order to ensure the quality of monsooned coffee, only “A” grades of both Arabica Cherry and Robusta Cherry are subjected to monsooning.

The famous lore says coffee was introduced to India by a saint named Baba Budan in the 16th century, while on a pilgrimage to Mecca. He wanted to share his findings with his country, so he brought seven coffee beans from the Yemeni port, and planted them on the Chandragiri Hills in present day Karnataka. Here it all began. India is the only country that grows all of its coffee under shade, creating an exotic and unique coffee. There are around 50 types of shade trees dispersed on plantations, which help to prevent soil from moving on a steep slope. Also the trees keep the continuous cycle of decomposition alive, bringing up rich nutrients to help the coffee plants protect themselves from quick weather changes. Also, varieties of spice and fruit crops grow amongst the coffee plantations in India.

Monsooned Coffee
Monsoonsed coffee was created accidentally on a ship load of coffee sent for Europe. On the journey, the beans got wet as cargo and were laid out to dry at the port. The beans swelled to almost double their size and a new kind of coffee was born. Presently, this Monsooned style of coffee is prepared at the curing works situated on the West Coast of Southern India, where the monsoon is very intense. The beans are dried under Indian sun then stored in special warehouses, where they are exposed to specific element such as sea-air and monsoon winds. These elements cause the beans to swell in size, reduce acidity and take on a mellowed but somewhat earthy flavor.