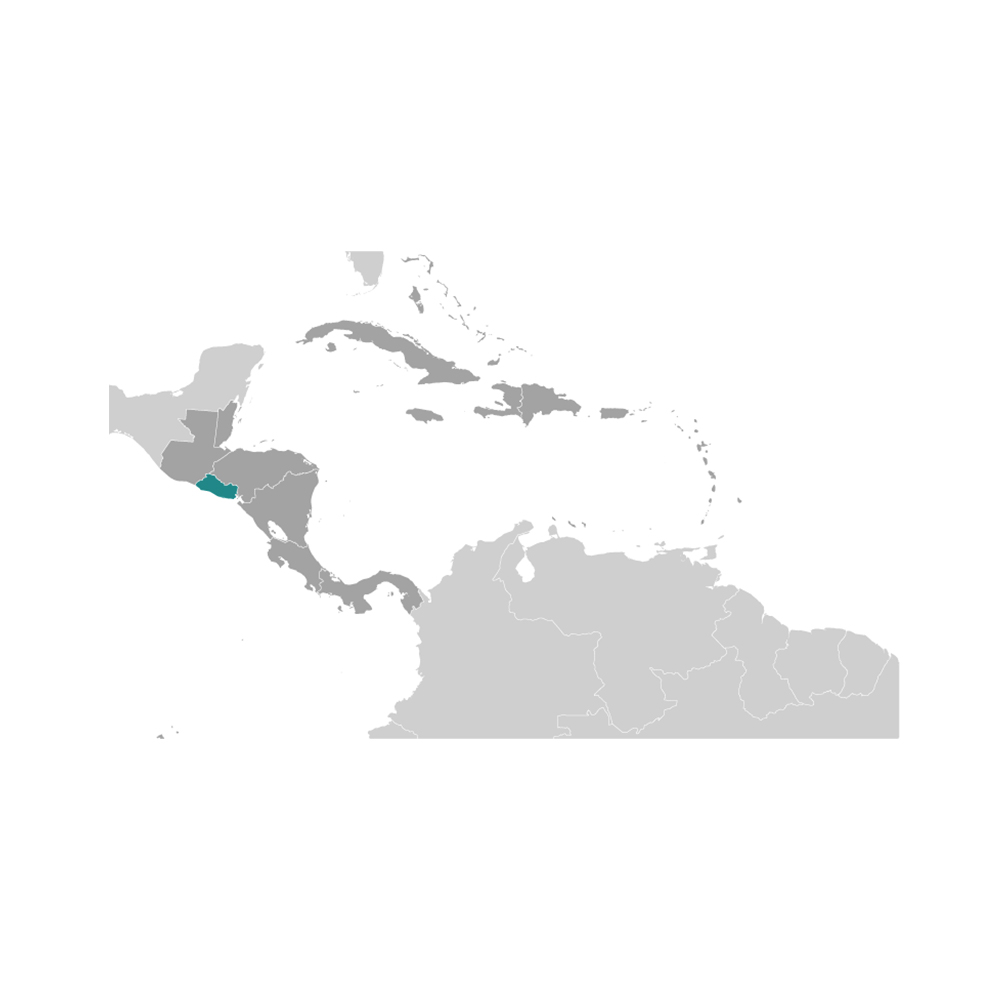 Many Central American coffees are grown in select mountainous regions of altitudes between 4,000 and 6,000 feet above sea level. Depending on the area, typically Latin American coffee-growing regions describe their finest Arabica coffees as being either Strictly High Grown (SHG) or Strictly Hard Bean (SHB). The low temperatures and high altitudes aid in producing a slow maturing fruit as well as a harder, denser bean. A “Strictly Soft Bean” (SSB) is grown at lower elevations of 4,000 feet or less and will mature at the same rate, but have a much less dense body.

The El Salvador SHG Santa Ana is a collection of coffee from coffee producers in the region of Santa Ana in Apaneca, LLamatepeq. The coffees that are grown in these areas and create the Santa Ana brand, are mostly Bourbon and Pacas varietals. The coffee is then milled at Cafe Tuxpal, which is owned and managed by Federico Pacas. We find great pleasure in the consistent quality and care in Café Tuxpal’s processing from the farm all the way to the mill.

All of our Central American coffees are grade SHG and are of the highest quality specialty coffee available. For a brighter taste experience, try this coffee in our Crisp Light Roast. This exceptional coffee is also Rainforest Alliance Certified.

Salvadorans call coffee el grano de oro, or the “grain of gold”. Historically, El Salvador has strongly depended on coffee, and has made its mark throughout El Salvador’s history, government, and economic development. Coffee has been El Salvador’s leading export crop since the 1880s.

In the 1920s and 1930s, coffee exports totaled 90% of all of El Salvador’s exports. The global depression of the 1930s dropped coffee prices to one-third of the previous prices, which in turn cut wages of coffee producers in half and many workers also lost their jobs. El Salvador’s coffee industry survived and prospered following the Great Depression, while they advanced their plantation technology, and used sophisticated systems in coffee processing.

Some farmers, with assistance from USAID, are breaking into a different market of specialty coffee, boosting returns on coffee and its share of GDP. USAID has helped improve the way El Salvador coffee farmers harvest, process, and market their coffee, improving the method of picking ripe cherries, sorting, and how best to dry and mill the coffee beans. In addition to improving their process, USAID helped show farmers how to treat wash water and protect the environment, working with the Rainforest Alliance. Because of this, their coffee can be certified as environmentally-friendly, boosting the market value of their beans, and attracting more buyers.

SHG Santa Ana:
“Strictly High Grown” refers to coffee that is grown at an altitude higher than 4,500 feet above sea level. What gives a fine quality to the SHG Apaneca coffee is the precious time it takes for a bean to hit maturity at such high elevations. This length of time creates a hard and dense body often said to be more desirable and found more expensive than coffee grown at lower elevations. Apaneca is a region rich with volcanic soils and natural potassium. During all stages of the harvesting process here, high quality is guaranteed in the particular selection of planting. Carefully, the harvesters hand-pick a selection of only the biggest and most mature coffee beans, which are later wet milled and sun-dried on brick patios.