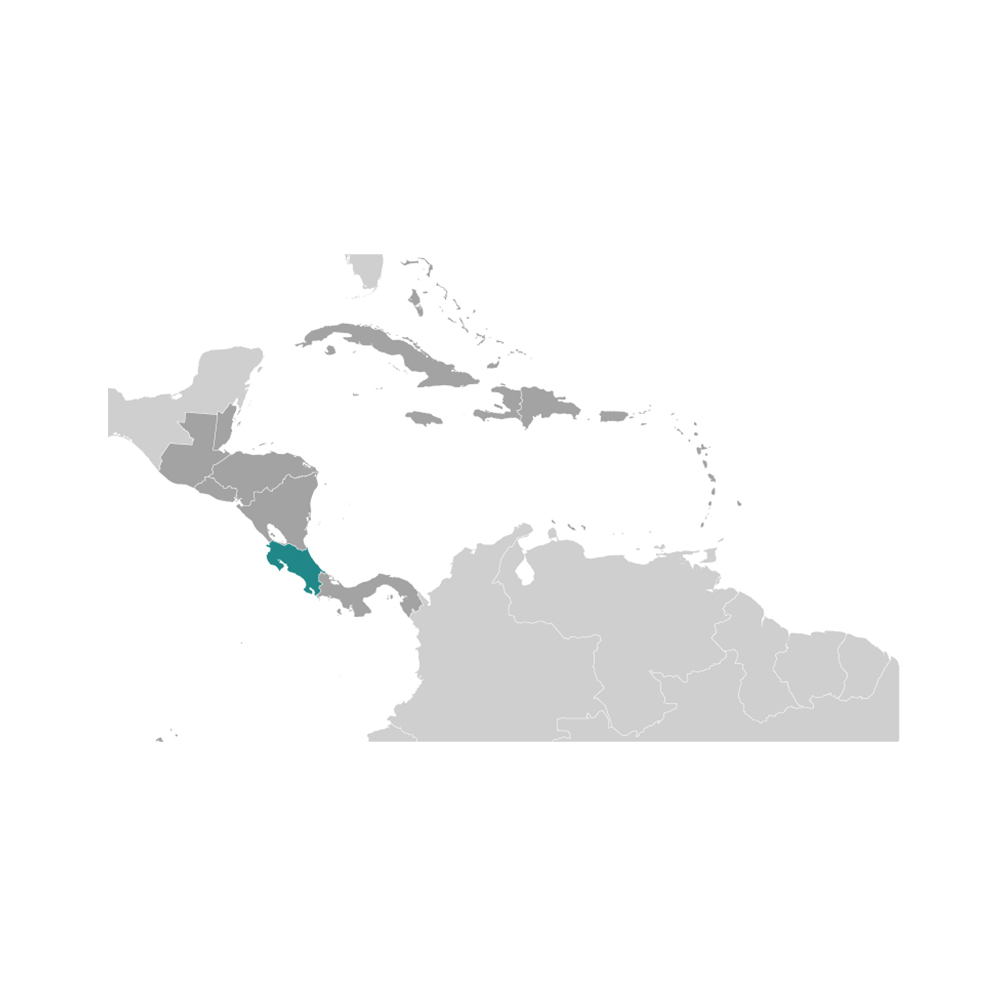 Many Central American coffees are grown in select mountainous regions of altitudes between 4,500 and 6,000 feet above sea level. Typically Latin American coffee-growing regions describe their finest Arabica coffees as being either Strictly High Grown (SHG) or Strictly Hard Bean (SHB). The low temperatures and high altitudes aid in producing a slow maturing fruit as well as a harder, denser bean. A Strictly Soft Bean (SSB) is grown at a lower elevation and will mature at the same rate, but have a much less dense body.

Coffee production began in 1779 in the Meseta Central using its prime soil and climate conditions. The government encouraged an increase in coffee production and offered farmers plots of land for anybody who wanted to harvest the plants. In the 19th century, coffee became a main source of revenue and surpassed the tobacco and sugar productions. Coffee is vital to the Costa Rican economy.

Coopetarrazu
Cooperativa de Caficultores y Servicios Multiples de Tarrazu (COOPETARRAZU) is a coffee farming cooperative located in the central region of the San Marcos de Tarrazu Mountains, one of the most famous coffee-growing regions in Costa Rica. Coopetarrazu is a 16 million dollar non-profit organization that provides for its associates a network of services that help them get ahead in the production of coffee. Most coffee of Costa Rica comes from Tarrazu, located in the Southern Pacific Region. The region has rich volcanic soil, humidity, and high altitudes ranging from 4,200 – 5,500 feet above sea level. Overlooking San Marcos, The La Pastora estate grows the finest coffee in Tarrazu. Processed 100% naturally, sun-dried and hand-harvested in small batches, this coffee is rare and well worth the cup. Coopetarrazu is made up of over two thousand members who all grow their own harvests, in trade for membership. The cooperativa generates the highest possible price for each harvest and pays dividends to its members every year. The distribution of these dividends is defined by the amount of coffee turned over to the co-op by each member, therefore allowing each member a piece of the action.